Looking to level up your education? Bootcamps are intensive, skills-based programs that could help you achieve your career goals.

With the costs of a college education rising, many students, including working adults, have questioned the value of traditional academic degrees. Although the benefits of a bachelor’s degree are many, some learners are exploring alternatives. One popular form of microcredential is a bootcamp. But what exactly are bootcamps, and how can they help you with your professional development? 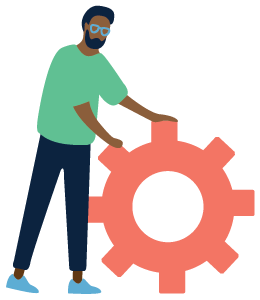 Bootcamps share several similarities with college degrees but do not necessarily replace a bachelor’s. Many employers, for example, still require a degree for even entry-level jobs. In fact, many learners get the greatest value from a bootcamp by stacking the credential on top of a bachelor’s, not unlike a mini master’s degree. But some students, including entrepreneurs and those who prefer startup jobs, might enroll in bootcamps as an alternative to a college or graduate degree.

When deciding whether to pursue a traditional degree or a bootcamp certificate, considering what you want to learn is important. Traditional degrees tend to focus on both knowledge and skills, offering a more in-depth study of foundational theories and their applications. Bootcamps, meanwhile, tend to focus on technical skills, preparing learners for specific jobs in specific industries.

One advantage of a bootcamp is time. Bootcamps can be as long as a few weeks to less than two years. A bachelor’s usually takes at least three years, and a master’s generally requires at least a one-year minimum commitment. Like many degree programs designed for adult learners, the flexible scheduling of bootcamps appeals to many adult learners. They are available part- and full-time, requiring anywhere from 20 to 40 hours per week. So students can learn at their own pace and attend online or in-person classes around their regular work schedules.

The price tags on both bootcamps and college degrees range widely. Some bootcamps offering intensive curricula and career services are free. But most generally range from $5,000 to $25,000, with the average cost being around $14,000. According to the National Center for Education Statistics, the average cost of in-state tuition and fees for a four-year public college in 2020–2021 was $9,400 per year. The same for a four-year private nonprofit university was $37,600.

When considering which type of education should be part of your career development, talking with people in your desired field can provide clearer insight. You’ll want to reflect on what works best for your timeline, budget, and goals. And when it comes to choosing college versus a bootcamp, keep in mind that the decision need not be either/or; it could be both/and!

Our ReUp Success Coaches can help you identify your strengths and overcome self-doubt so you can achieve your definition of success. Your support team is available by phone, text, or email. Ready to connect and build your self-confidence?