With the help of her ReUp Success Coach, Sonya Williams completed the long and winding road to graduation and a career. Her next destination? A master’s.

Sonya Williams’s voice rises excitedly when she talks about her passion for helping young people. “I love working with children!” she says enthusiastically. “I’ve just always loved having fun and being creative with them or showing them something different.”

Now that she has successfully completed her undergraduate degree at Old Dominion University (ODU), the sociology and criminal justice double major—who is the mother of 10 children ranging from 16 to 36 years old—can look forward to expanded opportunities in her career supporting children. But how did she manage so many competing priorities, juggling full-time jobs with school and family?

“Determination!” she responds with joyous laughter. “I was determined to finish this. If I had to take one class at a time for the rest of my life, I was going to finish this degree. I do not like to leave something unfinished!”

Sonya also attributes her ability to complete college to Nikita Krishnan, her Success Coach at ReUp Education. “The thing that helps you most,” she says of the coaching experience, “is having somebody in your corner because some people don’t have people to push them, tell them they can do it, hold them accountable, and help guide them.”

A dedication to supporting children

Growing up in Youngs Park in Norfolk, Virginia, Sonya remembers feeling “completely lost” at school. Academics were a struggle, and she was coping with domestic violence. She eventually left home and Booker T. Washington High School in 11th grade. “It was just too hard; it was just too much,” she recalls. “I was young. I was growing up in the projects. There was a lot of violence where I grew up, so I just decided to try something different,” she adds with a laugh.

Sonya found work as a receptionist at the YWCA, where she also supervised the before- and after-school programs for the next three years. It was her first professional stint doing the work she loves: working with kids. But she knew she wanted to continue her education, so she earned her GED and then began attending Tidewater Community College (TCC), initially studying retail management before pursuing certificates in early childhood instruction and child development. Years later, she decided to stack an associate’s degree in criminal justice atop her other credentials while pursuing her bachelor’s in sociology.

The change of focus to a more legal field might seem a deviation from the plan to focus on children, but Sonya sees her enthusiasm for multiple fields as facets of the same passion. “Even with criminal justice, I wanted to work with the youth,” she explains. “So it has always still been children—just different aspects of working with children.”

In and out, back and forth

The path forward was a winding one. Before earning her associate’s, Sonya had begun having her own children, which meant striking a balance among motherhood; working full-time at her various jobs, including as an assistant director at a daycare center; and going to school full-time. Something had to give—and more than once.

“I’ve been in and out of TCC forever!” she laughs. “I went to Tidewater Community College for a while, then I left, and then I got a degree. I just went back and forth at school.” Sleep, she admits, was a scarce resource during those years.

Learn to balance your life and your classes. If you know math is your weakest subject, then you may want to take math either by itself or with classes that you’re good at, are in your field, and that you enjoy and love.

Still, Sonya persevered, embarking on her bachelor’s degree. She chose to attend ODU full-time while continuing to work full-time. “I started, and I was doing pretty good,” she remembers.

Years into her program, however, one of her then-teenage sons, who has autism, began struggling in school and was experiencing psychotic episodes, so Sonya ended up having to leave college midway through a semester. She had only six classes left to graduate, but she needed to focus on her family.

During her break from ODU, the university partnered with ReUp to support students like Sonya who had left school. She began receiving emails from Nikita, her Success Coach. Sonya had never heard of ReUp and wasn’t sure what to expect, but that summer, she sat down to read one of Nikita’s emails and decided to reply.

“I didn’t know who this lady was, but she was really, really nice when I was talking to her on the phone!” Sonya recalls with a laugh. “And right then and there, she had me hooked! I loved it!”

What Sonya most appreciated about her conversations with Nikita was her Success Coach’s role as accountability partner and guide. “It was actually having somebody to hold me accountable—somebody who’s telling me, ‘OK, now this is your goal that you’ve set. Where are you on this goal? How far have you come? Have you sent in this application like we planned?’ And when I didn’t, she’d be like, ‘OK, well, you know, you gotta get your application in soon.’”

Sonya also says that she loved how Nikita served as her personal cheerleader and champion—“somebody just there to say, ‘OK, you can do this!’” she describes gratefully.

Nikita was impressed by Sonya’s drive and openness. “What stands out for me when I think of Sonya is her tenacity to push through the challenges and her willingness to ask for help and be supported,” the ReUp Success Coach shares. “She was realistic about what might get in the way with all that she was juggling in addition to classwork. It meant so much to her to finish what she started.”

The coaching relationship continued for several years, with Nikita seeing Sonya through her associate’s and bachelor’s degrees. Sonya admits that her final GPA may not have been exemplary, but she says she loved her classes, and Nikita was with her the entire time, helping to problem-solve how to pay for college out of pocket and alleviating Sonya’s worries about grades and graduation.

“She encouraged and pushed me,” she recalls of Nikita’s guidance. “She just was like, ‘C’mon, you can do it.’ And I was like, ‘Oh no, this is getting too hard! I’m up all night. I’m tired!’ But she kept pushing me: ‘You’ve got this!’”

For Sonya, Nikita’s willingness to be there for her when she needed it most was beyond valuable. In fact, she says she was often surprised by “just how supportive [Nikita] was and how I could reach her anytime, which is so shocking to me because people say that, but they don’t usually mean it. . . . If I had problems, any time I had questions, she always made herself available,” she continues. “With her help, I graduated in May and got my two degrees. I’m done!”

Find the resources on campus. Schools have lists of resources that can help you out, like handing out laptops for $25, tutoring, or giving you a mentor.

Sonya relishes memories of the big surprise commencement party her family threw for her after she crossed the stage to accept her diploma. She also happily shared the news with her Success Coach. “I felt so proud, as I do for all the learners I support,” says Nikita. “It’s no easy feat to find success and reach graduation the first time around. It takes a lot more to get back up, try again, and find that success.”

Reflecting on her graduation, Sonya says, “It feels good. It feels really good. I feel like it was a big accomplishment.”

From jobs to a career

The professional opportunities her degree has helped her achieve are also a point of pride. Success Coach Nikita says that in addition to Sonya’s completing college, she felt “excited about the different options [Sonya] has opened for herself now that she has accomplished this milestone.”

Sonya couldn’t agree more. “Before, I had jobs,” she shares. “I have a career now.” She is currently reveling in her two full-time positions as a HeadStart teaching assistant with Hampton Roads Community Action Program and as a mental-health skill builder at Life’s Journey, a counseling and substance-abuse treatment provider. “I have a passion for education,” she says, “and I like helping people. I love my work!”

She adds that she even recently chatted with Nikita because she’s considering earning her master’s in child welfare at Norfolk State University. The advanced degree would enable her to pursue work with social services, ideally a paid position like the beloved volunteer work she used to do with Norfolk Juvenile Court and Court Appointed Special Advocates (CASA), which provides support for abused and neglected children.

It’s never too late to achieve your goals

Considering that she continues to seek Nikita’s guidance, it’s no surprise that Sonya says she “definitely would” recommend ReUp success coaching to her fellow adult learners—so much so, she says teasingly, that “I think I want to be a coach now!” She adds that for first-generation and first-time college students alike, coaching can be of tremendous help. “If you haven’t been through college, it’s hard for you to maneuver your way through it. If you . . . are going to college for the first time, you’re lost, [and] your parents can’t help you do that. It’s like you get thrown to the wolves!”

Success coaching, however, can help students navigate those uncharted waters of higher education. Coaches, she explains, “tell you [schools] have these resources; you can look into this scholarship . . . . It was good to have somebody who’d say, ‘You can do it this way, or you can do it that way.’ And it wasn’t just academically; [Nikita] knew how many kids I have, so she was like, ‘How are the children doing?’” In fact, the grateful grad jokes that in some ways, her Success Coach’s guidance extends beyond her own journey and has helped her children, several of whom are in college themselves. “Thanks to Nikita,” she laughs, “I’ve got even more advice and ideas for them!”

At the tender age of 50, Sonya wants other adult learners to feel confident about returning to college and pushing through to graduation. “Even at my age, it’s never too late to go back and get your education. It’s never too late to reach your goals,” she suggests. “Just do it! Go back and finish what you started. Just as life is hard, school is hard. It’s just the way you look at it.” 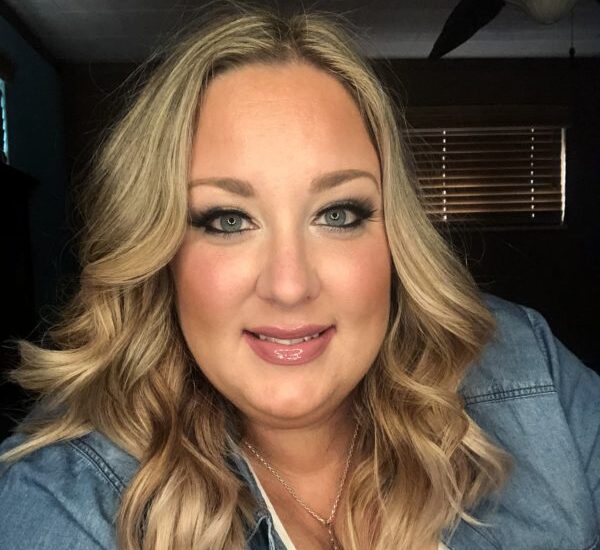 Adrienne: It’s All About the Journey